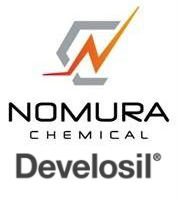 material was reduced compared with ODS. The peak tailing of a basic compound is suppressed and it has become very user-friendly

Metal compounds as well as a basic compound are subject to the effect of a silica gel statement, and ODS-UG, HG, and MG show good peak shape. In particular, ODS-MG has controlled the joint density in low proportion compared with other three sorts. When separation is insufficient in ODS-UG or HG, the width examined since it has reproducibility sufficient also by a mobile phase with much water composition used as the means of a separation improvement can be expanded.

It has set to comparison of the organic acid and, in a gap, good form is shown. When ODS-HG and UG are made into a standard, ODS-MG and SR have retention in a strong tendency. Thus, ODS differs in a result greatly in the column to be used.

As for ODS-UG, HG, and MG, the thing with few impurities which has adopted high purity silica is the feature. It combines with the effect of an end cap and the form of pyridine (basic compound) is also sharp. And, ODS-MG and SR with high surface area show strong retention.